Just some photos of some of the ponies. It's exceptionally dry here, looks almost droughty rather than the emerald green we usually have through autumn. We got just over an inch of rain last weekend, but we need quite a bit more before it starts getting cold, and we lose any chance of feed growing before winter comes. I'm kind of thankful we cut hay last year.

March 8 was a bit of a sad day here at Dungarron. We lost one of our Grand Dames, Broomfield Kylie, known to all as Flora. She was the last of the Broomfield mares. A quiet and unassuming mare, dam to many fine ponies - Rosemarkie Winsome, Rosemarkie Rohan, Rosemarkie Connor, Rosemarkie Fletcher to name a few. Winter paddock mate to our stallion, Adie. Born in 1988, by the mouse dun stallion Barrymoor Banner, out of Taranganba Dinah. Dinah was by the great Scottish stallion Glenalymer out of the imported mare Debbiedene.

Run free Flora, may your pastures always be lush and green.

My husband shudders everytime he drives up our road and notices truck tyre marks. This time it was a large Carmody's truck (sorry Muzz) 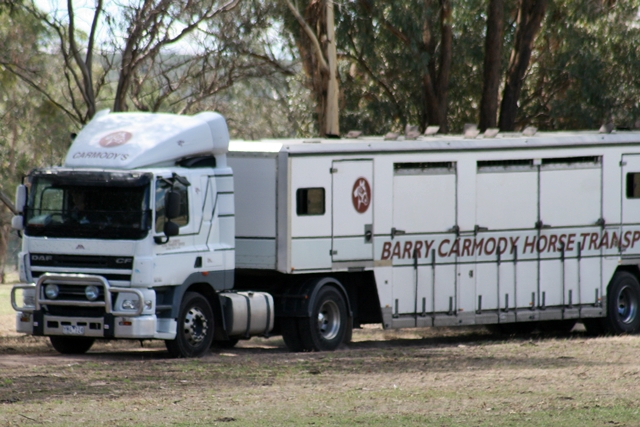 Once the truck pulled up, and a very friendly and chatty driver dismounted and let down the ramps, i realised this trailer had been here before (or at least one exceptionally similar had) It looked just like the trailed that was once owned by Tasmanian Horse Transport that had brought both Cedar and Gypsy from Tasmania all those years ago. Still in great nick, there inside was the lovely Rosedene, all the way from Tamworth. Also on board was Tathradene and her colt foal Angusdene, and the old gelding Tammie Norrie of Fairlaw, all three on their way to central Victoria to their new home. But Miss Rosedene came off the truck like an old hand, the driver Charlene singing her praises (well, she was totally in love with all the Highlands, really - but who is it that doesn't fall in love with a Highland once they've met one?)

Many thanks to Mhairi McGregor for letting us look after Rosedene for the next couple of years. Rosie is out of Mhairi's personal pride and joy, the beautiful Steffiedene, by the outstanding stallion Fyfedene (sadly now deceased) We look forward to watching Rosie grow up, and i'm sure she'll enjoy the company of the other young Highlands here at Dungarron.

Made some small changes to the website today, added some stuff (new ponies! Ceilidh and Jiggi) deleted some stuff. Made it look a bit different, but not too much. Still more to do, but i need some new photos, so i'll have to get on to that too. Have a look around and let me know what you think.

Here's a photo of the three amigos, it should make you smile. Keziah, Ghille, Jiggi.

Well, howdy! It's been a while! How's things?

It really has been awhile. Way too long. I'm back, aiming to make a better effort this year. Make regular updates a priority. Promise xoxox

Things are still moving along

Well, i've been terrible with the website this year, but i seem to have my hands full with ponies. Teaching youngsters and playing with the older ones. Ghillie is now under saddle, but not on the market until he's got a few more hours under his belt (and i'd like to get hime out to a couple of the local ag shows in the spring time before finding him a forever home) Crofter's learning the ropes, with a look at being under in the Spring. Keziah is also in to go under saddle before being covered in the spring time. We're hoping to send her to Croftcnoc Highland Ponies in Victoria, to go to the lovely Croftcnoc Carlyle

I'll get the camera out and blow the dust off and get some photos of the ponies to post before the woolies have totally settled in for the winter.

Our big girl, Ceilidh is doing great and really starting to look the part now with mane and tail flowing like a proper Highland mane and tail should. (it had been raining in this shot, hence the runoff)

Ceilidh looking relaxed, putting on weight and looking like a gorgeous big Highland.

Then there's a huge block of no photos. There was a sick pony and a terrible spring calving season and weeks of days i was just glad to see the end of, and had no wish to document anything.

The last folder of photos was from my Dad's 70th birthday party on November 2 (and most of those were taken by my daughter!)

It was a great night and all of the family was there. He was a very happy camper 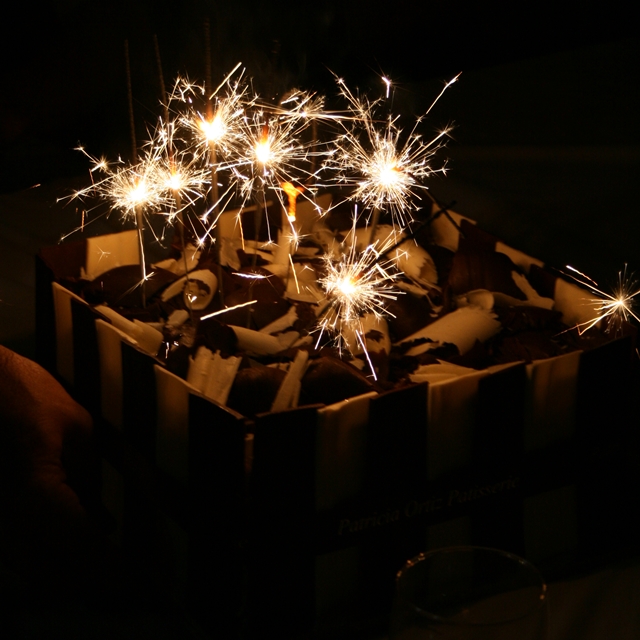 Dad and the plethora of Grandchildren - only two missing, at the party just not in the photo. I think there's 17 in total.

Three muskateers. My ever gorgeous sister, Amanda. Dad and i need to learn not to speak during photos.

Ghillie having his teeth done by local vet, Emma Mainprize 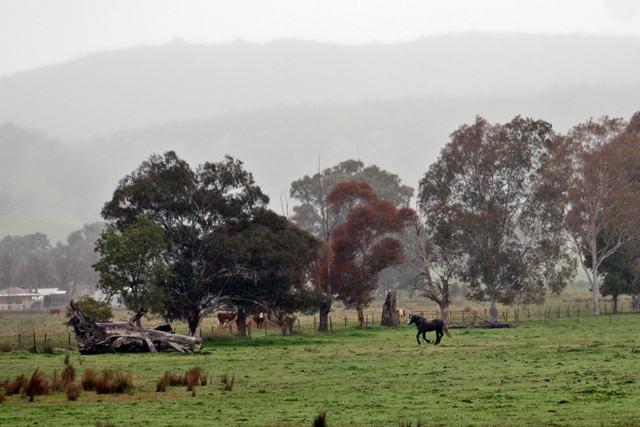 And then something interesting arrived very early one morning...

A very long way from her home on the Sunshine Coast in Queensland,

Ballinton Summer Ceilidh arrived on a cold and damp morning. Ceilidh is a partbred

by the imported stallion, Fyfedene out of a TB x Clumper mare, Lucinda.

A couple of days later she's out of quarantine and meeting the troops.

days on and off the transports. She had a series of EMM Therapy

She'd also been suffering from Queensland Itch. Poor girl had rubbed out her

mane and tail. With some help and guidance from Anita at Herbal Horse,

the change in climate helped to, we had no more rubbing and her skin was

feeling better and starting to heal as well.

Getting friendly with the other big'un - Ceilidh & Cam

Tali was weaned, and started doing some online work.

My favourite cow, Spotty, passed away and left this young man to become

part of our herd. We called him Otis.

Ghillie - can make a toy out of anything.

Tamaris - i was rather chuffed with this photo

Wow, it's been a long time between updates!

Has it really been nearly 12 months since i've done any serious updates? Guess i got caught up in real life a bit. So much to do these days.

I'll try and give you a glimpse at what's been happening... 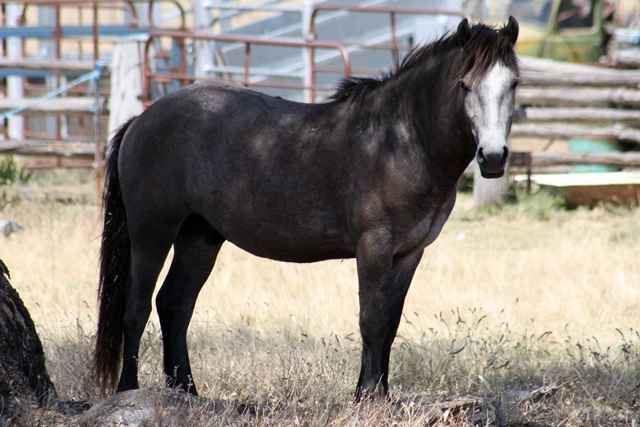